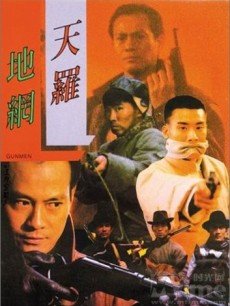 
Here's a sadly neglected action masterpiece from 1988. This was one of many well made variations of Brian DePalma's The Untouchables that Hong Kong was churning out during this time period. Among these were Johnny To's The Big Heat and David Lam's The First Shot. However, Gunmen (the only period variation on the theme) may just be the best of an impressive lot.

The film's director was Kirk Wong who's penchant was for gritty realism as displayed in the pioneering gangster film, 'The Club'. Wong would later go on to direct Jackie Chan's Crime Story as well as the U.S. lensed The Big Hit. For Gunmen, Wong mostly set aside that aside and instead opted for sweeping period detail and beautifully shot action sequences to create what is easily one of Hong Kong's better action dramas of the 80s. This is no faint praise considering it was released at the peak of John Woo's and Tsui Hark's filmmaking powers. Indeed, Gunmen can take it's place alongside of such better known efforts as A Better Tomorrow and Peking Opera Blues. It should be noted however that Tsui Hark is listed here as Producer and with his penchant of interfering in many a young directors' work, it may go a long way to explain why this looks and feels more like one of his films than Wong's.

The cast all put in strong performances led by Tony Leung Ka Fai and Adam Cheng, cast as main hero and villain respectively. Leung would go on to have a long career in Hong Kong, both on film and T.V. He also starred in the critically acclaimed French film, The Lover. Cheng had previously appeared in many martial arts films, notably Shaolin and Wu Tang, The Sword and Zu Warriors of the Magic Mountain. Here he traded in his matinee idol looks for a harsh and menacingly villainous turn. I was also impressed with Waise Lee as one of Leung's policemen/war comrades. I always thought that Lee tended to overact, but here for once he gives a good, subdued perf.

The story starts with the end of the Chinese civil war of the 1930s (?). Four soldiers have survived brutal torture. After the war, one of them (Leung) goes to Shanghai and becomes a cop. He reassembles his war buddies to form a separate division called Gunmen in order to battle the drug cartel that is being led by the same vicious ex-soldier (Cheng) who had previously tortured them. This leads to a very impressively filmed showdown gun battle that without giving anything away, includes one of the more memorable main killings I've ever seen.

Featuring strong melodrama that helps puncuate the action, Gunmen comes highly recommended to anyone who's a fan of Woo's and Tsui's films that were made in the second half of the 80s. You will not be disappointed.