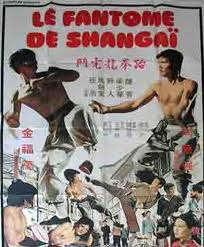 A particularly fast and furious basher from 1974. Right from the get go as the opening credits roll and we see star Charles Heung doing various forms intercut with co star Jin Fu Wan overseeing his students as they beak boards, etc, this film let's us know in no uncertain term that it means business.

Returning home from being abroad, Tang Kin Ko (Heung) discovers his family dead and sister missing. He is to secretly meet with his Uncle Cheung, who will explain to him what is going on. However, he is then killed and Tang falsely accused of the murder by police (nice detective work, boys). Forced to go on the run, Tang stumbles into the mansion of a rich gangster named Towan (I think). Towan sees Tang's skills first hand and decides that he would be of use to him. He allows him to join his gang with the promise of helping to find the cause of his family's murder and sister's long disappearance (in fact as will be revealed and to no one's surprise, Towan is actually the cause of Tang's problems). Eventually, Tang runs afoul of a mysterious stranger (Jin Fu Wan) who is after Towan himself for stealing both his money and wife (yeah this Towan guy, he's just not a nice guy). After initially feuding with each other (and after more subplots including Tang's capture by the police, being sprung by the stranger and the surprise discovery of his sister), our two heroes team up and after special training, attack Towan and his gang.

Despite some overly simplistic direction from Wang Tim Lam, The Big Showdown still emerges as one of the better bashers I've seen and this is due in no small part to the fantastic choreography from the up and coming Yuen Wo Ping. As the most prominent member of the famed Yuen Clan, he has gone on to direct and choreograph evrerything from the Jackie Chan's twin breakthrough efforts, Snake in the Eagle's Shadow and Drunken Master to classics like Dance of the Drunken Mantis and Legend of a Fighter to wacky kung fu comedies like Taoism Drunkard before coming to Hollywood to choreograph the Matrix trilogy. Here, he proves that in addition to doing complex "Shapes" type action, he can direct some fast paced, down and dirty Basher action as well as anybody. Heung is very good here as he has been in most films I've seen him in (the previously reviewed Goose Boxer, appearing as the bodyguard in God Gamblers, etc.). I admit I'm less familiar with costar Jin Fu Wan. He appears to have made precious few movie appearances and I'm guessing may be an actual martial arts instructor (if the opening credits are any indication). He's not much of an actor (little in the way of facial expression), but he does have a certain charisma and if anything, may be an even better screen fighter tha Heung (it is he who has to teach Heung advanced fighting tricks before the finale). Jin's kicks are fast and powerful, rivaling those of Hwang In Sik and other noted Korean kickers of the period.

Also of note is the soundtrack which makes good use of Ennio Morricone's score from The Big Gundown, notably the famed "Hunt in the Cane Field" sequence.

Overall despite the going through the motions feel of the plot, the outstanding and abundant fights (which continue to build properly right up to the finale) and the presence of the two leads elevate The Big Showdown to high level, high energy fighting fun.

Posted by Films from the Far Reaches at 1:35 AM