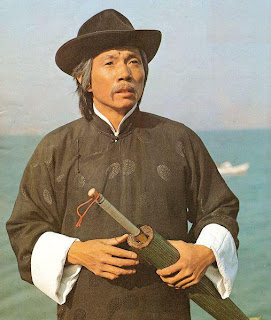 The martial arts movie world just lost one of it's greatest and purest filmmakers with the sad passing of Liu Chia Liang aka Lau Kar Leung (July 28, 1936 – June 25, 2013). Far and away my favorite of all Shaw Bros. film directors, Lau was responsible for some of the greatest that the studio has ever produced such as The Spiritual Boxer, Executioners From Shaolin, 36th Chamber of Shaolin, Heroes of the East, Dirty Ho, My Young Auntie and my personal favorite, Legendary Weapons of China. Of the hundreds of kung fu movies that I taped off T.V. broadcasts during the 1980s, his were by far the most watched. For me, Lau WAS Kung Fu. He embodied it's essence more completely than any other screen actor/fighter that has ever lived. A master of Hung Gar, Lau learned the style under Lam Sai Wing who in turn was a student of the legendary Wong Fei Hung who has been portrayed in countless films including two of Lau's, Challenge of the Masters and Martial Club. Along with his younger brother, Liu Chia Yung aka Lau Kar Wing and his pupil and adopted Godson to his father, Gordon Liu Chia Hui aka Lau Kar Fai, Liu's importance to the genre cannot be overestimated.
Posted by Films from the Far Reaches at 3:23 AM