The Soul of Bruce Lee (aka Soul of Chiba) 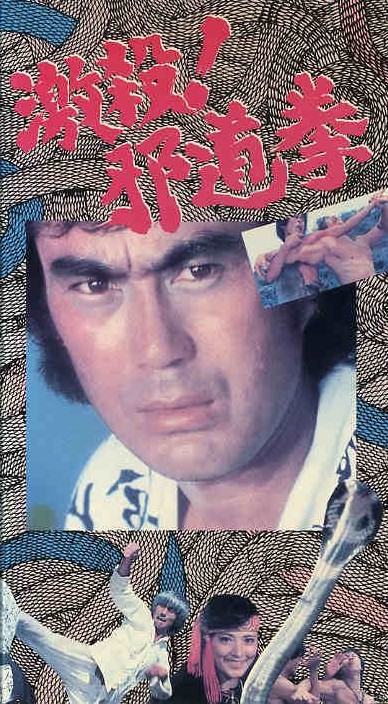 
Sonny Chiba and crew go to Thailand to shoot this disjointed, no budget spectacle.

Chiba plays Yamashita who as an orphan, learned kung fu under Master Shing Chi Kan. By adulthood, Yamashita has mastered it and has become Shing's fave student. Out of nowhere, Shing is gunned down by another student, a jewel thief named Sam Wan. Confused and enraged, Yamashita tracks Sam Wan down but is defeated and tossed over a cliff. Realizing his skills are not yet good enough for the task at hand, he decides more training is necessary. Chiba's Yamashita character then disappears for a large portion of the middle section. We are introduced to an undercover cop played by Tadashi Yamashita. He is investigating Sam Wan's gang and it appears that Master Shing may have been involved with them as well...

It's actually a fairly complex story, more so than is usually provided in this sort of thing. Unfortunately, Yukio Noda directs the proceedings in a fairly blase manner which coupled with the crippling non budget, makes the film lurch along pretty tediously. This is especially true of it's first half where you aren't sure what direction it is going in. The saving grace here is the fantastic martial arts battles to be found. They get better and more numerous as the film progresses and are among the best ever shown in a Chiba pic. Sonny gets the best fights (naturally) and this may be the first time where the technique of slow motion fights with the moment of contact being sped up was employed (it later became a staple of many a Japanese Tokusatsu series). The highlight here is Chiba's battle with a quartet that are possessed by monkeys (!). Etsuko Shihomi makes an always welcome cameo as a femme fighter who nurses Chiba back to health. For this critic, she tends to be the highlight of anything she appears in. Also appearing in the film is Yang (Bolo) Sze as a villainous henchman. He gets to have a pretty cool late film fight with Yamashita, but sadly not with Chiba.

Overall, The Soul of Bruce Lee is a pretty plodding effort that is recommended for it's terrific fights and impressive cast of fighters. It is for this and this alone that I'm giving it as high a rating as I am.

As a sidenote, the only reason that I can figure out why Bruce Lee was used in the title is in it's depiction of Chiba's character wiring himself with electric current in order to speed up his reflexes. Bruce supposedly did this in real life (as has been documented in various bio pics). Other than that, the title makes no sense.

Posted by Films from the Far Reaches at 1:55 AM